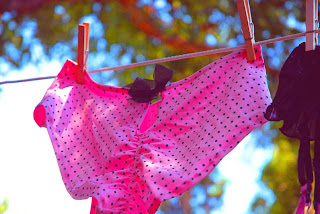 To tell the truth, I've been a bit busy lately.

Yes, there have been those brief callers - butterflies that alight for a moment and spread their wings and move on, velvety appendages glistening with the hope of spring and nectar soon to be discovered, regulars who stop by for a chat, spring cleaning, and all the small things that make up the wonderful mosaic of life, their shiny tiles fitting neatly into place.

But what's occupied Me increasingly is, well, millie, my new best girlfriend.

It's not every day. Maybe it's only every couple of years or so that someone special enters one's life.

I'm not quite sure how to describe it. Or illustrate it. Ah. Yes.

One evening, after we'd been talking for a bit, millie had a question that was enormously touching. Quietly, in the subdued throes of adoration, her clit nicely tucked back, millie asked me a question. Would i consider - and I just don't know how to describe the tone of her voice just then, so sweetly inflected, not ashamed but wanting so much not to be presumptuous or too hopeful or eager or wanting - would I consider, she asked, sending her a few articles of delicate laundry that needed doing.

she was so quiet and still in her request. I wasn't exactly flummoxed or floored. But it made something inside me sit upright. Those are very intimate things, i told her, not the $2.00 items that some people wrap around their cat for a day or so and send off through the mail as 'worn'.

she understood. I asked if that was what she truly wanted. To unwrap the parcel with a note that listed instructions. To feel her fingers delve into the mildly soapy water, feel it splash against the backs of her hands, the sensitive insides of her wrists. To feel her fingers gently cosset the silky, wet fabric that had until recently nestled warmly against my skin... my flesh.

her sigh and a quick intake of breath convinced me. It was what she wanted, perhaps as much as anything she had ever wanted.

The parcel, complete with Woolite, duly arrived, and one evening while we were talking, she went to her bathroom and filled the sink with cool water, a capfull of the mild soap, and, as we talked, she washed.

It was as if I was visiting my girlfriend as she was doing her hand wash. Or My handwash, really. When they were gently rinsed and millie had laid them flat on a towel we continued talking. As the water in the sink warmed to room temperature, I had her wash herself, as well. Slowly, standing there, looking in the mirror at her gloss covered lips, she found herself becoming wetter and wetter...

A few days later, I received them back, air dried, clean, scented faintly only of the soap, along with a very touching letter.

Acceptance. Intimacy. Closeness. Those are the things that millie had felt and had moved her so deeply.

i can only imagine how she will feel, next Tuesday, when she receives another parcel and has the opportunity to tenderly clean something that has touched my skin from the inside, as she brings it to her nose and experiences the scent of what she wishes she could emit. Of course I'll be there to soothe and comfort her, even as she knows that she will never be able to be what feels so utterly natural to her.

i am enthralled by Misstress' conversion of Milton to Mildredd to Millie. Mistress understands the burning need completely.

Such a hard sounding name. I dug a ditch. He sat in the dugout. Skullduggery.

Won't do at all. The 'd' can be salvaged. Though it is a bit hard. Something softer in the middle, I think. s? Makes me think of docile. Not quite right. r? daria. Too close to darren in this case. f? defer. Nice. Not quite. v. Close to f.

devon. A little ambiguous, especially if one is a Brit. But femme either way.

i have been keeing an eye out for You on nf. i am desperately hoping to continue my transformation.