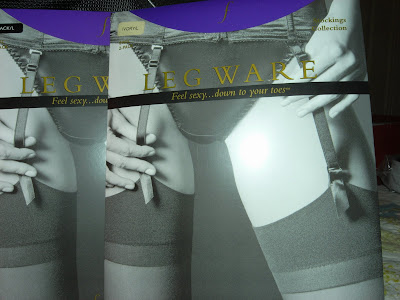 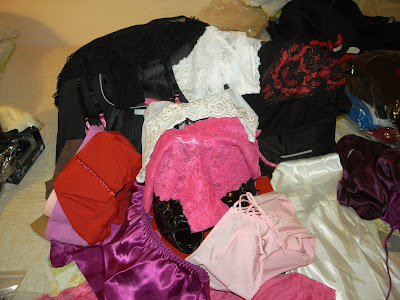 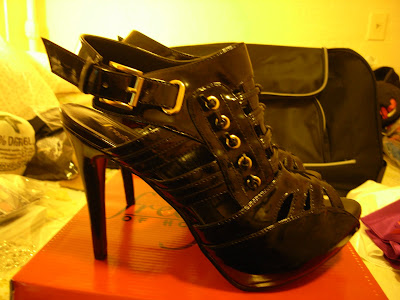 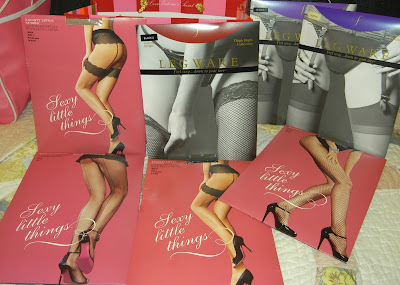 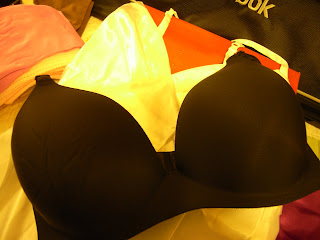 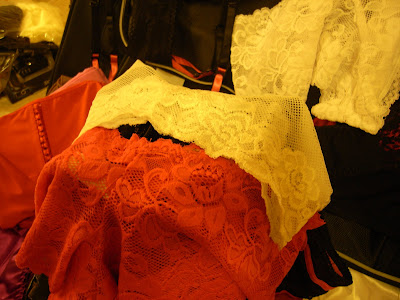 Stockings and pantyhose, panties and bras, dresses and skirts, and nighties and babydolls... These are the things that make a sissy so happy.

Above are some of the items Kimberly enjoyed this past weekend.  Now, for the curious of mind, who wonder what Kimberly did when she got these lovely items--she dressed up for her Mistress.  Well, actually she was made-up, dressed up, bobbed up with her pretty bob wig, and generally... laughed at, humiliated, and sissified, on and off, in a hotel suite for two days.  She learned to suck on the strap on, learned to walk in those very high heels, and learned the meaning of feminization.  She wanted to look hot, bless her, and she really does have good legs.  We had planned this for some time, and so it was nice to see her enjoying herself.  I also concentrated on her understanding why--exactly why her wife has the right to make her a cuckold.

Yes, Kimberly, also known as 'Buck' (obviously, a name change there) is a married man.  Most of the time he is a submissive husband.  I really should let his wife know that.  But, when the opportunity arises, he becomes My submissive cuckold bitch, Kimberly.  It wasn't always that way.  It began eons ago, when he would call me wearing his sister's pantyhose.  A single boy, a virgin, and I took him under my wing.  Helped him with certain confusions.  Years later, he is now married.  His marriage began conventional enough.  As many of my married sissies know, it is difficult to break the mold of what a husband should be to his wife, and so the secret stays hidden.

Anyways, move forward a few years.  Kimberly would call at fairly regular intervals, find a hotel and slip into something pretty while we spoke and played with 'her' submissive side.  Up until she got married, she was in the dough and would really throw the money around. Loads to strippers, and tons to Me.  Those were the good old days.  Now, it's not so easy.  His wife took over the accounts, but where there is a will there is a way.  Oh, you know it's true!

Well, about 18 months ago, Buck's life changed.  His wife began an affair.  Well, we have proof of one.  It could be more.  We saw the photos, we found the lies, his wife was away with another man.  Yes, a private investigator got the shots.  The wife goes out every Saturday and doesn't return until the wee hours of the morning and Buck says nothing.  Not a peep out of him. They have not had sex in over a year.  Buck says nothing.  Not a word of complaint.  He knows she is going to meet a man, and he remains silent in this knowledge.  Too afraid to ask.

We discuss the fact that she must have no respect for him at all.  She doesn't even pretend to show any sexual interest in him anymore.  We analyze, we debate, what she must think and what she must say, and how the man must make her feel.  We talk about Kimberly's size, and lack of experience, and compare this to other men his wife had in her past.  We discuss how his wife dresses now, and how sexy she looks.  As kimberly builds his wife up, he lowers himself down... and down... and down.  And then he needs humiliation.  I rub it in with relish.

Actually, I think his wife has it made.   She does what she wants, goes where she chooses, and she has a husband who never complains.  He's a good worker, a good provider, he doesn't ask for anything.  One might say he was pussy whipped, but...  yeah,  he never gets that.

Of course, what he would really like is that she would just be completely open about it.  Tell him right to his face he's not enough.  What he would really want is to be part in this.  Help her dress for her lover, be tied and gagged and forced to watch.  Dressed in panties and feminine wear all of the time.  But alas, his wife is doing her thing, and really has shown no inclination in dominating or humiliating hubby Buck, at least not in any obvious way.

Well, that's all for now.  I am trying to get used to a Mac here.  My pc went black and it's taking me awhile to find the right software for photos and my web site.  I've been a bit of a mess.  Where's a good geek sub when you want one?

Wow. You're not just a fabulously understanding person, you're obviously a really good friend to Buck. He's - or I should say she's - a very lucky sissy.

Thank you for sharing your experiences!

Thank you. I always appreciate comments, especially the nice ones.

Wow, Mistress! What a tremendously lucky sissy!! i would be sooo lucky to be feminized and sissified by You. My. Fantasies include being cuckolded by my wife, and forced to watch her being picked up at a club, chauffer her and her date back to our house, and forced to fluff her lover while being dressed as a cheap whore. Could you help?